ESI is founded on grassroots ideologies that encompass the spiritual, mental, and physical well being of the people and their environment. 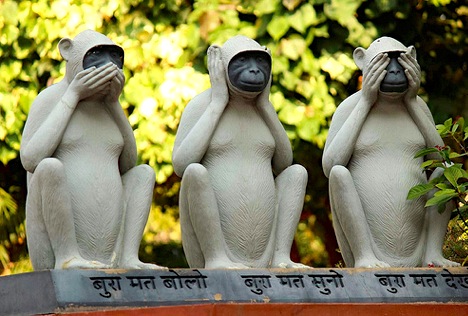 Environment: “The Earth provides enough to satisfy every man’s need but not every man’s greed.”

Gandhi believed every human activity should take from nature only what can be restored. He endeavored to make people understand that man and nature are not separate, but rather one, and that we should not encroach upon the rights of other fellow living beings. He was a pioneer in the field of sustainable development, stating that the way to achieve prosperity for India was through the use of “local resources, local outputs and local consumption with negligible effect on the environment.” He encouraged such industries as khadi and composting. Gandhi initiated a movement in the 1930’s to produce energy and fertilizer from human waste. ESI has continued this effort with its bio-gas plant, composting latrine innovations, and waste-water recycling.

Gandhi was very concerned with the abysmal condition of community sanitation in India. He recognized that although India was a monetarily poor nation, it did not mean that it had to be unclean. Gandhi believed that there are many alternative methods to sanitary reform besides monetarily and environmentally costly techniques. ESI has pursued this idea by implementing sanitary technologies that are both low-cost and environmentally efficient.

Removal of Untouchability: “Untouchability is repugnant to reason and to the instinct of mercy, pity, and love.”

Gandhi saw that although scavengers were shunned by society as a caste, they did the most important work of disposing of human waste and thereby safeguarding community health. This contradiction was harmful to the collective, and Gandhi felt that the best way to resolve it was if everyone became his own scavenger. ESI has taken on this task by converting all basket-type latrines to dry latrines that do not need to be manually emptied everyday on one hand, and also expanding the context of cleanliness to include inner sanitation, which applies universally to all. 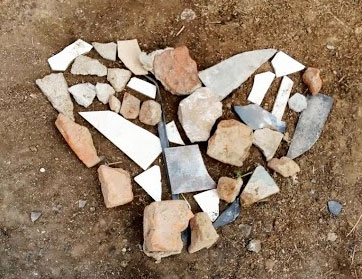 In addition, some of our learnings and insights are also integrated in our guiding principles below:

1. Interconnection: The quality of a community’s sanitation ripples into the quality of many other aspects of society. When 80% of the diseases in India are a result of improper sanitation, much more than one’s own health is affected. The economy of India as a whole is impacted due to the fact that people must pay for visits to the doctor and many lose their jobs when they are unable to go to work. Specifically, 73 million working days are lost annually due to sicknesses caused by unsafe water and lack of sanitation. Education is also impacted when girls drop out of school once they reach adolescence because of lack of privacy due to no toilet facility. Through increased sanitation, the social strands of education, economy, women’s empowerment, and others also rise in parallel. The realization that sanitation is a key part of a multi-layered issue is integral to our work.

2. Community Participation: Through our sanitation projects in different communities, we understand that each village and neighborhood has its own unique needs and conditions. Therefore, when we engage with a new community, we first look, listen, and learn from them, so that we can become aware and sensitized to their specific social dynamic and sanitation needs. In so doing, we simply offer our resources and tools for the communities to adapt and tailor to their own requirements. As we work together, we learn together, and the community is essentially able to establish and use their own sanitation systems and toilet technology.